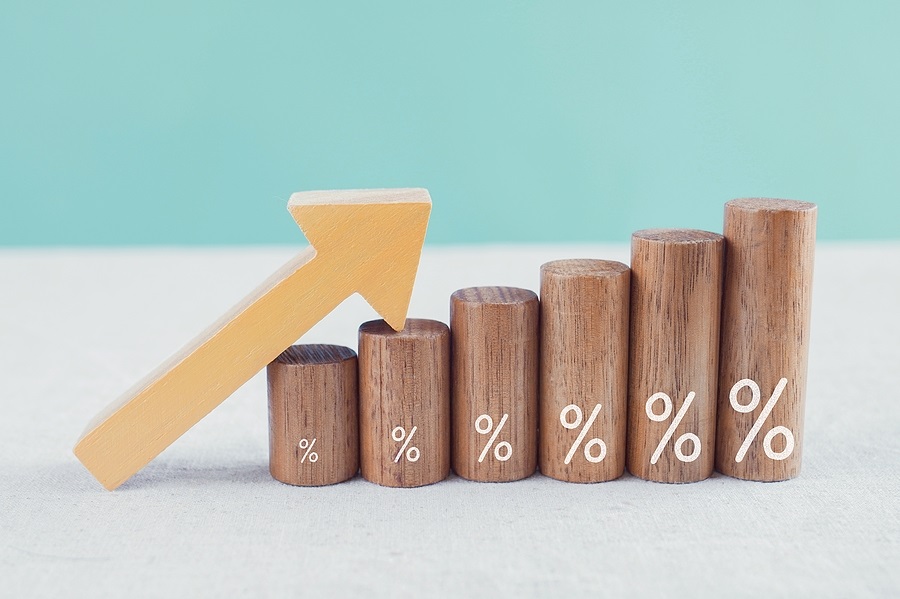 Inflation - Should you finally be concerned?

In hindsight, it is not surprising that prices of everything from limes to used cars, to vacations are rising at a rapid pace. Most businesses in the U.S. economy spent practically an entire year scaling down business operations through layoffs and reduced work hours. Now that the constraints of limited mobility and socializing have been alleviated, we are witnessing a surge in demand for most goods and services that is overwhelming the ability of companies to effectively increase supply. You do not necessarily have to be an economist to know that the more consumers want something that is in limited supply, the more likely the supplier will increase the price.

As far as investments are concerned, the impact of inflation can be different depending on what type of investment.

The stock market does not like inflation because it means the costs of labor and materials will likely increase, which may impact the bottom line.  However, if a supplier of goods or services can “pass on” the costs to the consumer, it is then the consumer who ultimately feels the bite of inflation. Retirees living on a predominantly fixed income are more vulnerable to losses of purchasing power since their daily inflationary-sensitive expenses (health care, food, etc.) may be rising faster than the return on their income or investments.

The bond market is where rising inflation can have the most impact because rates of return are linked to interest rates, and interest rates are strongly linked to inflation, or more specifically, expected inflation. When an investor purchases a bond, they are essentially lending money, and they are entitled to interest payments during the term of the bond and principal repayment at the maturity of the bond.

So here’s the question that inflation poses to bondholders:

“Do I believe that inflation will continue to rise higher than what is expected?

And if so, why would I consider a bond, for instance, that pays 2% (expected inflation already factored in) for 10 years, when the general price level in 10 years could possibly grow much faster than 2% - in which case, the loss of purchasing power could be significant. Therefore, an investor, in anticipation of higher inflation, will demand a higher interest rate to compensate for the expected inflation – which is how interest rates begin to gradually rise. It’s the expectation, not the reality, of inflation that impacts the markets.

THE FED: “It's only temporary”

The Federal Reserve continues to assure the public that this inflation surge is only temporary and eventually things will “normalize”, and we will go back to a targeted 2% inflation growth. Well, whether things revert to a more normal time or not, the Fed does not know what the future holds, but their job of stabilizing our money supply requires them to be diligent in keeping the expected inflation rate down. I would not expect the Fed to inform us that the recent surge in prices is permanent and there is little chance of those prices ever being lowered again!

If I believe that rising prices in the future indicate potentially higher future interest rates, then I would probably prefer to lend money for shorter maturities (no greater than two years) rather than longer ones because I can “roll over” the bond into higher-yielding bonds during rising interest rates. The U.S. Treasury issues debt instruments (bonds) that have maturities from 3 months to 30 years. Other bonds such as corporate bonds or municipal bonds have longer maturities (average of 10-year maturities).

Although not a perfect hedge against inflation, hard assets can buffer losses in purchasing power since it is the hard assets themselves that are most likely increasing in price. Examples include real estate investments - either through public investment (REIT’s) or private ownership. Commodities (agriculture, gold, silver, etc.) are tangible assets whose value may rise during inflationary periods but be aware that commodities are speculative investments (not based on earnings of companies, or the credit quality of borrower).

Inflation-protected securities (TIPS) are debt securities (bonds) issued by the U.S. Treasury whose principal and interest payments are adjusted for inflation, unlike conventional debt securities that make fixed principal and interest payments. A TIPS is a bond sold at auction that receives a fixed stated real rate of return but also increases its principal according to the changes in inflation, as measured by the non-seasonally adjusted U.S. Consumer Price Index for All Urban Consumers (CPI-U).

As an appropriate analogy, think about adjustable-rate mortgages – the adjustable rate will increase if interest rates in general, are rising. Well, inflation protection securities will compensate the holder for rising inflation. The original rate at purchase will be the nominal rate (rates for conventional non-adjusting bonds) less the expected inflation rate, which is the real return. It is unexpected inflation that will make these securities generate higher yields than their conventional counterparts.

How Do TIPS Work?

For example, a $1,000 TIPS with a stated real interest rate of 2.50 percent would provide $25 a year interest (two semiannual payments of $12.50) and $1,000 back at maturity (average 10 years). Let us assume that a similar U.S Government bond with the same maturity (assuming both have no risk of default) is offering a nominal rate of 4%. What these rates indicate is that investors expect inflation to be approximately 1.5% a year (4% nominal rate less 2.5% real return).

Now let’s assume that the following year, inflation actually increased 3.0% and not the expected 1.50%:

The math would work as follows:

Second, the interest payment of 2.50% would be calculated from the new principal of $1,030 (instead of the bond face value of $1,000 as conventional bonds). The new annual interest rose to $25.75 compared to $25.00 and the amount due at maturity is now $1,030 instead of $1,000. Negative inflation will not lower the value of the security or decrease interest payments.

The potential downside of TIPS is that the expected inflation does not occur. I have been recommending TIPS to clients since the Great Recession of 2007 – 2009 in anticipation of higher interest rates but of course, inflation, or at least reported inflation, has been very minimal historically. What happens with no reported inflation is that the real rate of return will remain below what could have been received by a comparable nominal return bond (10 yr.). Also, if interest rates rise without accompanying inflation, the value of the TIPS will fall (only material if you plan on selling TIPS before maturity).

Carr Wealth Management, LLC can help you by answering any questions you may have about Inflation-Protected Securities or other services we provide to help people gain access to a more efficient way to invest. Please contact us for a no-charge consultation.

All investing is subject to risk, including the possible loss of the money you invest. Diversification does not ensure a profit or protect against a loss.