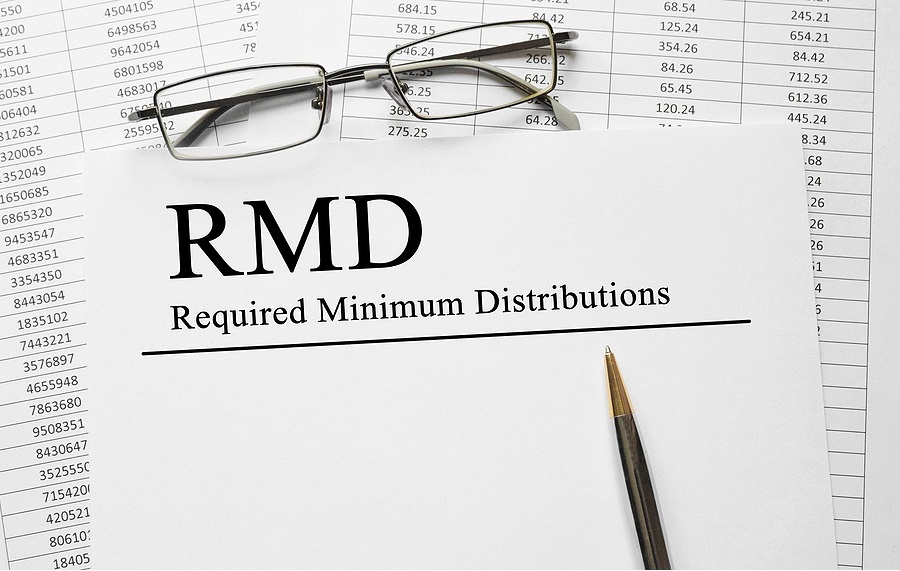 RMD rules - How much have they changed?

The new rules regarding Required Minimum Distributions (RMD’s) are in effect in 2021. The “SECURE ACT” of 2019 and the “CARES Act” of 2020 were enacted to change the rules regarding RMD’s and to allow suspension of 2020 RMD’s.

What is a Required Minimum Distribution (RMD)?

The concept of a required minimum distribution is to prevent a tax-deferred buildup of assets that would continue to grow indefinitely if they were not needed for the account owner’s living expenses. The RMD ensures that a minimum amount is withdrawn each year. Since taxes were not imposed at the time of contribution¹, the RMD assures that tax will eventually be imposed on the initial contributions and tax-deferred growth when distributed. If assets remain in the IRA (or employer sponsored account) at the owner’s death, then there are rules for beneficiaries which are designed to ensure the original account owner’s contribution and growth are ultimately taxed when distributed.

¹ Contributions to Roth IRA, Roth 401K, and non-deductible IRA’s and employer accounts are taxed at time of contribution.

What type of accounts do RMD rules apply?

When are RMD’s supposed to be withdrawn?

Note: An individual who is still employed does not have to begin RMD’s from their 401(K)’s at age seventy-two provided (1) they own less than 5% of the company.

What is a Beneficiary IRA?

An inherited IRA, also known as a beneficiary IRA, is an account that is opened when an individual inherits an IRA or employer-sponsored retirement plan after the original owner dies. Additional contributions may not be made to an inherited IRA.

A beneficiary IRA can usually be identified by its title; it will contain the name of the beneficiary along with the deceased owner.

If the IRA owner dies before the year in which they reach age 72, distributions to the spousal beneficiary don't need to begin until the year in which the original owner reaches age 72. After which, the surviving spouse's RMDs can be calculated based on their life expectancy. This can be helpful if the surviving spouse is older than the deceased spouse since it delays RMDs from the inherited funds until the deceased spouse would have turned age 72.

If the original owner had already started getting RMDs or reached their required beginning date (RBD)—the age at which they had to begin RMDs, at the time of death, the spouse can continue the distributions as were originally calculated based on the owner's life expectancy.

Please note that the RMD rules for beneficiaries do not eliminate the need for the deceased owner’s estate to take his or her RMD for the year of death if the owner died on or after attaining age 72.

Ideally, spousal beneficiaries want to use the longer single life expectancy, so that the annual RMDs are smaller, resulting in a delay in paying taxes on the inherited IRA funds for as long as possible. Remember, you can always withdraw more money than the required minimum distribution, if you need the funds.

Mary, age 72, inherits an IRA from her deceased husband, Marty, age 75 (had already begun his RMD’s). Sue can transfer or rollover Marty’s IRA into her own. Since Sue is beyond 72, she will be required to take distributions from the rollover account (along with any RMD’s on her own IRA’s).

Mary, age 69, inherits an IRA from her deceased husband, Marty, age 65. Sue can transfer or rollover Marty’s IRA into her own and begin distributions when she turns age 72; or she can choose to be treated as a beneficiary in an inherited IRA and not be required to take any distributions until the year Marty, her husband, would have turned age 72 (4 additional years of tax deferred growth).

The rules regarding non-spouse beneficiaries probably experienced the biggest change as a result of the Secure Act passed in December of 2019.

If you inherit an IRA and you are not the not the spouse (individual, trust, estate), the entire account balance may be required to be distributed by the end of the 10th year following the owner’s death. In other words, RMD’s for non-spouses are no longer based on whether the owner was already taking them, nor based on any life expectancy tables of anyone. You simply need to withdraw entire balance within 10 years. ¹

¹There are exceptions for spouses, certain disabled or chronically ill individuals, and individuals not more than 10 years younger than the account owner. If a minor child of the original IRA owner is named beneficiary, they also have a special exception to the 10- year rule, but only until they reach the age of majority.

Bill, age 60, inherits an IRA from his mother, Jane, who passed away at age 86. The old law would allow Bill to spread out the payments from Jane’s IRA until the end of Bill’s life (or withdraw entire balance if chosen) beginning by the end of the year following Jane’s death. The current rules would require Bill to withdraw the entire balance by the end of the year he reaches age 70 (10 years from now). He could spread out the payments in any manner he chooses (take 75% of the IRA the first year, and then the remaining amount in year 10), just as long as the entire balance is withdrawn within the 10-year rule.

Bill, age 60, inherits an IRA from his brother Ken, who was 68 when he passed. Since Bill is less than 10 years younger, he meets one of the exceptions to the 10-year rule and he may still set up the payments to be spread out over Bill’s lifetime.

You can transfer up to $100,000 from an IRA directly to a qualified charity. Even though no tax deduction is allowed for transfer, the distribution is a qualified charitable distribution (QCD), which is tax-free and can include RMDs (i.e., they become non-taxed). In other words, the transfer can satisfy your RMD for the year up to $100,000 and you are not taxed on the amount. This tax break was made permanent.

The option to withdraw more money than what is required is always an option, but it may not make sense to voluntarily withdraw funds that will be taxed at ordinary income tax rates when there may be a possible alternate source of income (i.e., capital gain income, savings, borrowing, etc.). In addition, Medicare B premiums are based on a person’s adjusted gross income⁴ - withdrawing more IRA funds, than what is required or needed, may increase Medicare B premiums.

⁴ The Medicare B premiums are based on a taxpayer’s adjusted gross income from two-years prior tax return.

Individuals who are taking their RMD’s have little choice in the amounts they are required to take – there’s a minimum and if you don’t withdraw the minimum, a 50% penalty will be imposed. But beneficiaries of IRA’s and employer sponsored accounts do have choices when it comes to their respective distributions. Here is where planning could be beneficial for you and your family. Please see our website at www.carrwealth.com to learn more about our financial planning and investment advisory business.