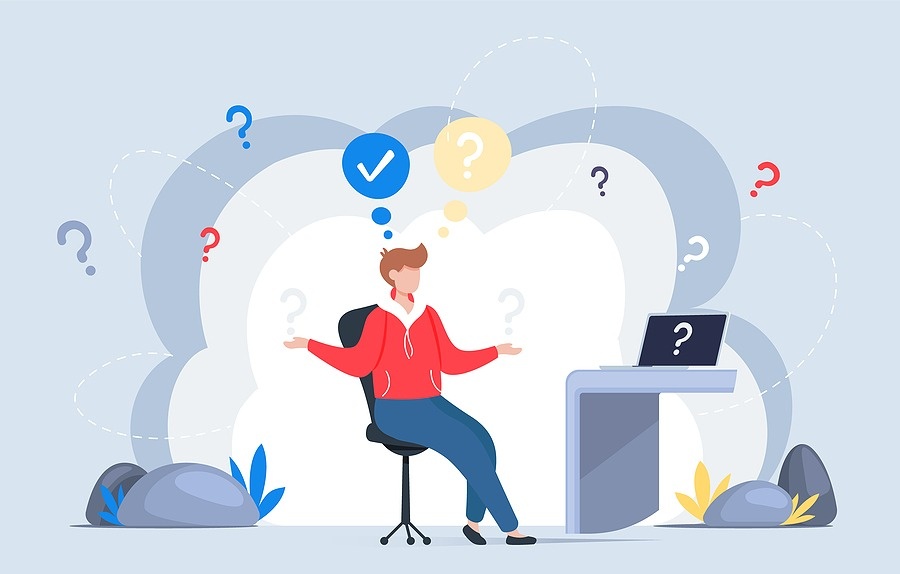 The Fed's Quarter-Point Increase - That Was It?

For several months now we have heard about rising inflation and how the Federal Reserve is committed to doing what is necessary to stop rising prices, which includes the monetary policy of increasing interest rates². The Consumer Price Index measured Feb inflation rate of 7.9% - the highest rate in 40 years. The supply chain bottlenecks, and pandemic-related issues continue to place upward pressure on the price of everything from a gallon of milk to a gallon of gas. The global conflict between Russia and Ukraine currently has no end in sight and prices for oil, commodities, and other imported items are increasing rapidly. So, the Fed announced a couple of days ago a quarter-point increase in the discount rate with a plan to hike rates another six times in the future.

² The fed increases the discount rate which is the rate that member banks charge each other for loans. Other lenders will usually follow suit -mortgage, student loan, credit card, etc.

In response to Chairman Powell’s statement on increasing the discount rate on Wednesday, the Dow Jones Industrial Average rose approximately 500 points and over 400 points on Thursday. What I believe the market was incredulously saying was “That’s it? Are you sure?” The market may react differently tomorrow based on new information, but the market appears to acknowledge that the Fed acted with less bite and more bark.

Even though the Fed has made it clear for the past few months that a quarter-point increase was coming, the market had factored in the possibility that the Fed would act more aggressively due to the growing inflation issue and raise rates by a half-a-point instead of a quarter-point. And to be honest, the “six more increases” sounds more like it’s conditional on other factors that could turn positive, but probably won’t, such as a quicker recovery without rising prices and immediate world peace.

The Fed meets approximately every 6½ weeks (8 times a year). If they were to increase the rate at each meeting by a quarter-point, the rate increases would stop in Dec of 2022. The discount rate would be approximately in the range of 1.75 to 2.25%. 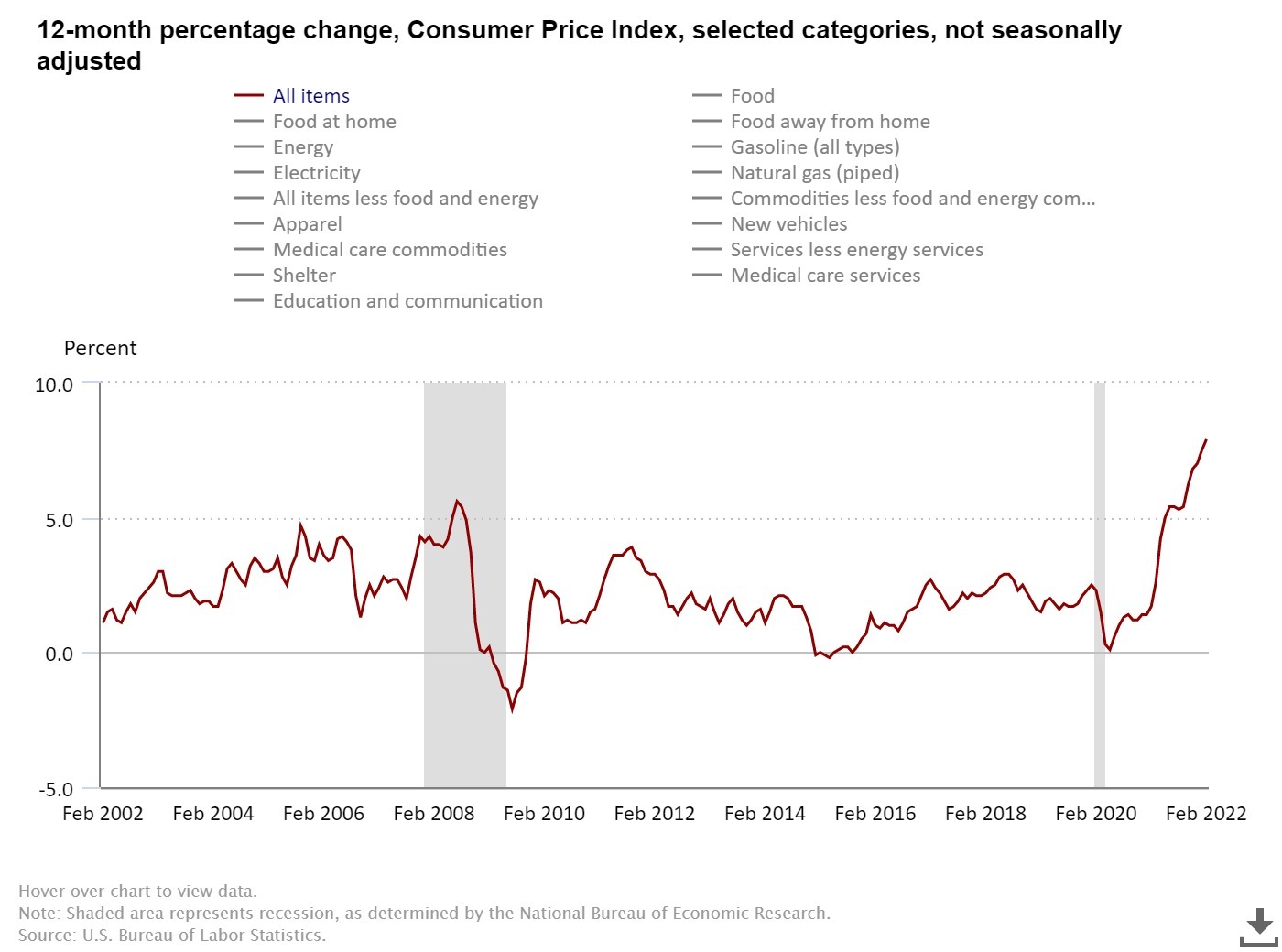 I believe the Fed’s strategy since general prices began to rise in early 2021 has been to hope this inflation thing will solve itself. Why would they think otherwise considering the average inflation from 2000 to 2021 was 1.9%? Another reason I believe interest rate increases were not considered until now is as of this month, Mar 2022, the Fed has been injecting loads of money into the economy. Since March of 2022, the Fed has injected close to five trillion dollars into the economy as part of a “quantitative easing” policy to counter the adverse impact of COVID 19. It would seem counter-intuitive to engage in an activity to increase the nation’s money supply, and at the same time raise interest rates which typically is a measure to reduce the money supply. Another monetary policy the Fed has at its disposal to fight inflation is reversing the QE by withdrawing money from the economy through sales of their bond assets they purchased when they were injecting money into the economy. Chairman Powell stated this action may happen in the future.

Read my recent blog: “Is Our Nation’s Money Supply Really This High?”﻿

The Fed hopes that before those “six” increases take place, the following will occur:

Pandemic related issues of supply chain disruptions will gradually disappear as more factories will be churning out production at frantic speeds to accommodate the pent-up stack of consumer cash waiting to be spent. That scenario could work but the problem is that by the time the supply catches up with demand, what will the inflation rate be? Small increments in the interest rate may not deter consumers from spending their buildup of cash, so prices may continue to rise. What should be a concern is what happens when consumer demand reverts to a more predictable pattern based on employment and disposable income numbers? It will be difficult for the economy to maintain demand levels sufficient for economic growth since more disposable income will be needed for increasing living expenses and less for growth-driven durable goods. Consumer purchases represent approximately two-thirds of our Gross Domestic Product (GDP). Lower demand will lower production and companies will operate at less than full capacity, which probably means lay-offs, which then can impact investments, interest rates, and inflation.

Who benefits from low interest rates?

Not everybody jumps for joy at low interest rates. More on that in a moment, but the list of those who do traditionally benefit from low-interest rates are:

Home Buyers – lower interest rates usually mean lower comparable monthly payments and can make home buying more affordable. Many people in the past couple of years have been able to pay cash for their homes (30% of homes purchased¹), but most purchases are financed through mortgages. The housing industry is considered the hub for economic growth as new housing construction ignites increased production in many other trades and industries such as bricklayers, carpenters, electricians, and increased purchases for furniture, steel, wood, glass, wiring, piping carpets, and home appliances.
¹ Source: Redfin

Clearly, a decrease in new home construction would have an adverse impact on the economy. But the question is will people continue to purchase homes while incremental increases in interest rates take place over the next several months? If the current demand for housing exceeds the supply to the extent that is driving home appreciation values, and the overall money supply is four times that of what it was two years ago, I feel the demand for housing will remain for several more months. According to Rocket Mortgage Loans, the national average purchase price in 2021 included a “premium” over sales price of approximately $35,000. In the Bay Area, we’ve all heard about home purchases that included amounts above the asking price of hundreds of thousands of dollars.

Businesses – Especially companies that have heavy debt burdens on their balance sheet (highly leveraged). Higher interest rates increase the costs to borrow money and companies may not proceed with expansion plans of hiring, producing more, and buying more equipment.

Stock Investors – Stock prices are based on the expectation of company profits. Higher interest rates can indicate higher borrowing costs which can reduce profit.

Margin Investors – Investors who borrow funds to make investments have enjoyed the spread between investment returns and the interest costs since 2001 when interest rates were reduced and have not materially increased since.

Who can benefit from higher interest rates?

Retirees - Imagine a world where retirees have the opportunity to safely invest a portion of their retirement funds into vehicles that pay a reasonable return. Unfortunately, the investment choices facing retirees today are either filled with more risk than they thought they would be faced with at this stage of life, or insurance contracts that provide products meant to be sold, not bought, or savings and CDs that pay relatively nothing.
Perhaps higher interest income received by the massive number of growing retirees would filter through the economy and produce the spending and production numbers that allow for sustained economic growth instead of a trickle-down theory that arguably doesn’t work.

Please visit my website to find out more information about our services. We take pride in our commitment to keep our clients focused on the benefits of a long-term investment perspective designed to reach client goals and objectives. Please contact us if you have a question or would like to schedule a no-charge consultation.